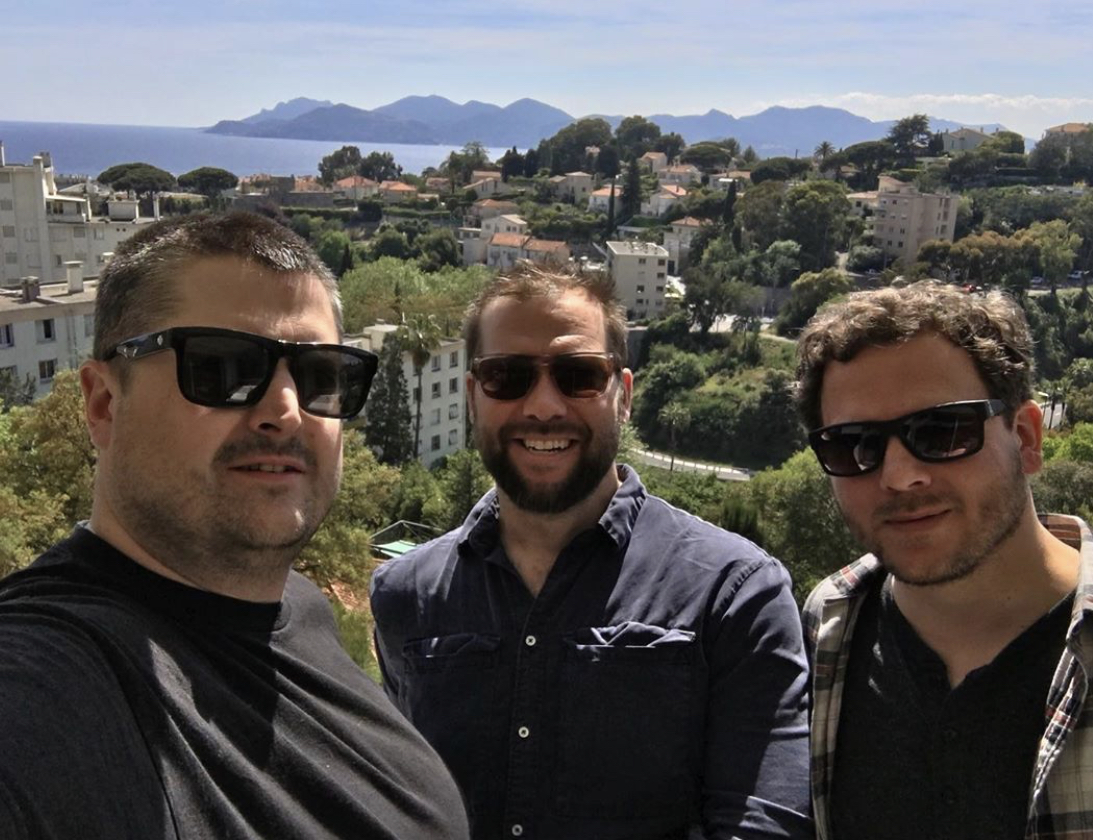 On Posted on July 10, 2019 to Cospace's coworkers, Our Members' Got Talent

So, how did the opportunity come about to go to Cannes?

We made this short film as part of the Dead North Film Festival – a film festival out of Yellowknife. Unbeknownst to us, Danny Lennon, who curates a Telefilm program called Not Short on Talent, was watching all the films at the festival. He’s been taking one of the Dead North films to the Cannes Film Festival every year and selected The Changeling to take this year! It was the first time the film screened anywhere.

Wow, so cool. How did it feel when you found out you were selected to go?

It was pretty crazy! We didn’t know about the opportunity until we got to the festival. They kind of just let people know that one of this year’s films would be selected to go to Cannes. So, on the final evening of the festival, after the awards ceremony, they announced the selection. We were definitely shocked that we were the ones that were chosen because, you know, it’s the world’s biggest film festival! But I need to be clear – we didn’t screen in the festival, we just attended. But even just being affiliated in some small way is really cool. Getting to go was the best part.

Totally, what were some of the cool things you got to do at the festival?

Well, it was great to take advantage of everything that Telefilm had to offer: the photo op, a couple parties, some one-on-one sessions with festival programmers. The one-on-one sessions were really cool – to get to sit there with the programmers of Sundance, Toronto International Film Festival, and different festivals, and to meet the other Talent to Watch cohort. There are 15 short films that are representing Canada and to meet some of those other people and filmmakers and realize there are some connections and you’ve worked with some of them before is cool.
We also wanted to take advantage of the market aspect of the festival. It is a huge market and, like, probably a bigger market then it is a film festival. There’s like 10,000 accredited people attending the festival and there are all these concurrent mini film festivals that are associated, but not part of the festival. It’s just this huge, huge film event.
A producer we had previously made a film with, Shayne Putzlocher, was there this year and he’s always been a bit of a mentor to me, so he helped us do some prep work and set up some meetings for us. We also have a couple other projects we’re working on, so it was nice to meet the people we’re working with from outside of the country and outside of the territory, face-to-face, at this crazy festival.
So, a lot of just relationship-building and networking. And seeing movies and going to workshops and master classes and stuff like that.

Did you notice any trends in filmmaking, or media, or just film culture in general?

I think the biggest one is the growth of XR (extended reality). It’s still a burgeoning part of the medium and people are still figuring out how to use it to tell stories and what the best audience experience is for those specific types of forms. But VR (virtual reality), AR (augmented reality), 360 videos, and those kinds of things are now being branded as XR, and there was a whole section dedicated to it this year. It was beneficial to explore the medium and see where it’s headed. It’s certainly an interesting way to tell stories. A big thing that was being talked about was cinematic VR because I think a lot of people associate VR with video games and a lot of the experiences to date have been more akin to video games. And I’m really interested in exploring the hybrid of how you take those kinds of longform participatory immersive storytelling experiences and blend them with the cinematic experience. So, it’s cool to see that trend and I think people are starting to figure it out. There are a lot of unknowns about it at this point, but it’s really exciting and definitely a developing part of the business which is cool.
For the future? The landscape is shifting and we’re at a really interesting time. There was a lot of talk at Cannes this year about Netflix and what constitutes a film versus TV. There were these big heavyweights in the industry weighing in about this whole thing. I think this year is the first year in Canada there are more OTT (over-the-top media service) subscriptions *. So, we’re at that tipping point where TV as a medium is going to change in a big way, or maybe die. And that’s going to be a big shift in the business and then just storytelling in general.

I imagine you have some great stories from your trip, can you tell me about the most interesting or surprising thing that happened at Cannes?

Well, there’s this whole lottery system to get tickets at Cannes. Your badges can get you into certain screenings, but for the main gala screenings it’s a lottery. So, the three of us were all trying to get into one film together, so we could walk the red carpet and see the premier of some big movie. And, like, literally within the last eight hours we managed to all get tickets to one screening on our last night! So, by pure luck, we got to walk the red carpet and go see a movie that we actually would have really liked to see. It was a genre South Korean drama movie – kind of cop thriller/serial killer movie. So, that was really cool. We got the black suits and bowties, walked the red carpet and got to see a movie in the Grande Palais. That was the last thing we did at Cannes, then we walked home and got up at five in the morning and went to the airport.

That’s amazing, what a perfect way to cap off your first trip to Cannes. Was there an experience or meeting that you anticipate will influence your work as a filmmaker, or as a media company?

We had a few meetings with people we haven’t met before and spent some time with people we have already made movies with and will hopefully work with again. Certainly, spending time with a producer like Shayne Putzlocher, who I consider to be a mentor, and doing it out of place like that – he was generous to let us see a little bit of what he’s doing, business-wise. We’re constantly talking about doing more projects in the Yukon and hopefully doing some of our projects with him, so it’s good to strengthen those relationships and cool to do it in a place where there’s lots of business going on and meeting new people through him.

Right, yeah, I imagine just sharing the experience of being in a filmmaker in Cannes would strengthen those relationships. Is there anything else you’d like to share

Yes. There’s this amazing festival in Canada call Fantasia, it’s one of the bigger genre festivals in the world, and they have a market component and we just found out yesterday that The Changeling has also been selected to a program they have called Shorts to Features. So, we’re going to go to the festival in Montreal in July and show The Changeling and pitch our feature length version of the short, so that’s really cool!

*OTT (over the top media) from Wikipedia – is a term used to refer to content providers that distribute streaming media as a standalone product directly to viewers over the Internet, bypassing telecommunications, multichannel television, and broadcast television platforms that traditionally act as a controller or distributor of such content.