It was with great sadness that we learned of Sandra (Sandy) Peacock’s sudden passing on March 22.

Sandy was a dedicated volunteer, so YuKonstruct was proud to honour her legacy recently by joining with Autism Yukon and the Yukon Astronomical Society, to nominate her posthumously for the Whitehorse 2016 Volunteer of the Year Award.

Sandy’s influence as a volunteer went so far beyond one or two or three organizations. She was an energetic leader, contributor, and motivator for countless organizations in Whitehorse and the larger Yukon.

Sandy was involved with YuKonstruct since 2014. No matter what crazy idea our community of makers and entrepreneurs came up with, Sandy was there to help out and to cheer us on. Everything from participating on a team that wrote literally hundreds of DIY Instructables (Sandy personally documented 48 individual projects for the contest and was extremely pro-active in recruiting new members to help us win a lasercutter for our makerspace!), to making parade floats and giant effigies, to helping us find sponsorship for our events, to participating in strategic planning – Sandy was there.

You could most often find Sandy hard at work with a project on the laser cutter. She always had the time to show a new member the ropes. She dedicated hours of her time every week to keep our makerspace open to members on Saturday nights. Sandy always found the time to dedicate to committee meetings, and her advice was always well placed.

Sandy was gusto and energy in motion. There were few challenges that stumped her, because she had seen (and overcome) most of them before. She was relentlessly positive and helpful. No task was too small or too big for her to tackle. There is a quote: ‘If you think you are too small to be effective, you have never been in bed with a mosquito’. Well, Sandy was like a gentle swarm of mosquitos in every tent in Whitehorse. She buzzed with energy and ability.

YuKonstruct owes everything to its volunteers, and Sandy exemplifies the spirit of our community. She was our supporter, our champion, and our dedicated volunteer but, more than that, she touched and inspired many hearts. There are many ways of spreading light – to be the candle or a mirror that reflects it. Sandy was both the candle and the mirror. She brought the best of herself and brought out the best in others so that her contribution to YuKonstruct cannot be limited to herself, but extended to our community members who were inspired by her.

Sandy had a very special ability to give not just of herself, but to motivate and inspire others to overcome challenges and to make positive differences. Because of this ability, it is not possible to quantify Sandy’s contribution to our community – it was exponential. It was an entire life, and those lives she touched, and those lives who continue to be inspired.

Join the discussion and tell us your opinion. 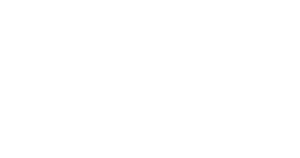